This was stated at a meeting of District Level Review Committee (DLRC) held today under the chairmanship of Deputy Commissioner (DC) Srinagar, Mohammed Aijaz Asad at Meeting Hall of the DC Office Complex, here to review the overall performance of the Banks and other Financial Institutions under 2nd quarter of Annual District Credit Plan of Srinagar District for financial year 2022-23.

Speaking on the occasion, the DC called upon all the line departments and Banks operating in the district to work in unison with added vigour and zeal to achieve targets in a time bound manner. He also advised the representatives of financial institutions and sponsoring agencies to come forward and help the unemployed youth of the capital for eradicating poverty, unemployment and reaching out to the target population.

The DC also asked Banks and all line departments to encourage novice entrepreneurs under economic activities to inspire them for setting up viable income generating units in the district.
Taking serious note about the complaints regarding fabricated/ fraud cases submitted for bank loans and availing financial assistance in the form of subsidy, the DC constituted a verification Committee to expose fake beneficiaries and unauthorised vendors to ensure only genuine beneficiaries are entitled for loans and subsidies.

The DC was further apprised that under Prime Minister’s Mudra Scheme Banks operating in the Srinagar have disbursed Rs. 240.45 crore among 7481 beneficiaries of the District. While, under PMEG Programme, total 813 cases were sanctioned and an amount of Rs 44.82 crore were disbursed among beneficiaries.

Similarly, giving overview of credit disbursement through different schemes, the Lead District Bank Manager, Abdul Majeed apprised the chair that under Pradhan Mantri SVANIDHI schemes Rs 6.20 crore were disbursed among 5506 registered street vendors in the District under which Urban Street Vendors are eligible to avail a loan of Rs 10000 with tenure of one year with interest subsidy of 7 percent for handholding of youth.

With regard to implementation of Nation Urban Livelihood Mission(NULM), a total 162 cases were sanctioned with disbursement of Rs. 3.08 crore among the beneficiaries in the District. Under the MUMKIN scheme, a total 198 cases have been sanctioned so far involving an amount of Rs 12.99 crore.

The DC asked the Committee to submit verification report within one month so that FIRs be lodged against fake Beneficiaries and Vendors providing fictitious invoices to fraudulent persons trying to avail loan under different Government schemes. 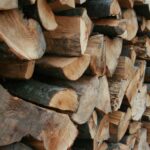 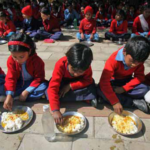