As earlier reported by Ziraat Times, earlier this month, markets regulator – SEBI – exempted the Jammu and Kashmir government from making an open offer to the shareholders of Jammu and Kashmir Bank following a proposed equity infusion that would hike the promoter’s stake, that is J&K government, by 6.06 percent in the bank.

Expressing gratitude to the J&K Government, the Bank’s Chairman and Managing Director (CMD) R K Chhibber said, “It’s a great gesture emblematic of UT Government’s support and trust in this institution, and for this, I am profoundly grateful to Lt. Governor, Manoj Sinha, who has a focused vision about the economic development of the J&K UT and requisite commitment to see it through. I am also thankful to Chief Secretary, Dr A K Mehta and Additional Chief Secretary Finance, Atal Dulloo for their insightful guidance and continued support.”

“The capital infusion of Rs 500 Cr is also part of the government’s vision as it will give impetus to our business expansion plan by improving our risk bearing capacity substantially while meeting regulatory Basel-III norms comfortably for the next few years.”, he added.

This development comes after Security and Exchange Board of India (SEBI), in a special case, allowed the preferential allotment of J&K Bank’s shares to J&K government during this fiscal year, by virtue of which J&K government’s shareholding is all set to increase from 68.18 percent to 74.24 percent in the bank, virtually making it a state bank.

The directive came after SEBI received an application from the bank, on behalf of its promoter, the Government of Jammu and Kashmir, seeking exemption from the open offer obligation arising under SAST (Substantial Acquisition of Shares and Takeovers) norms due to the proposed acquisition.
The government of Jammu & Kashmir is infusing a capital up to Rs 500 crore towards equity infusion or recapitalization of the bank against allotment of equity shares. The bank will allot 16,76,72,702 equity shares at Rs 29.82 apiece.
During the financial year 2021-22, post the preferential allotment, the proposed acquirer’s shareholding will increase from 68.18 percent to 74.24 percent i.e., a change of 6.06 percent, which is in excess of 5 percent of the equity paid-up capital of the bank, thereby attracting the provision of the Takeover Regulation.

An official statement said that the bank’s recently issued Employees Stock Purchase Scheme (ESPS – 2021), to raise capital of Rs 150 Cr, received an overwhelming response from the bank staff and got over-subscribed within days after the issue. The Bank got an over-subscription amount of more than Rs 200 Cr instead of the board-approved figure and will now allot the number of shares to staff in proportion to its laid-down eligibility criteria. 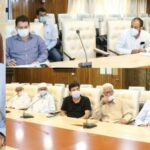 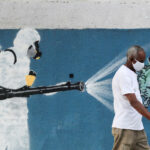