SRINAGAR, JUNE 03: Reflecting the improvement in education standards of Government schools, student enrolment in government-run-schools has increased by more than 19.02 percent in the ongoing academic year in Kashmir, an official spokesperson said Sunday.

In the recent years, School Education Department has recorded an unprecedented thrust, particularly in the elementary segment. The Samagra Shiksha has come as a boon, unleashing a series of initiatives seeking universal enrolment and retention, reduction of social, regional and gender gaps, mainstreaming of the children with special needs and promotion of quality parameters, the spokesperson added.

As per official figures, the highest percentage of new admissions was recorded in South Kashmir’s Kulgam district wherein the student enrolment has increased by 19.2 percent.

“Before the enrollment drive, there were a total of 44,559 students enrolled in government-run-schools. However, after the drive, the district has recorded new 10,156 admissions,” official data reveals. Similarly south Kashmir’s Anantnag district recorded a hike in student enrolment by 21.78 percent. The district has also witnessed 19,436 new admissions this academic session.

Earlier the situation was different as the net enrolment ratio was at lowest at both elementary and secondary level in government schools in J&K as per the School Quality Education Index (SEQI) 2019 report of the National Institute for Transforming India (NITI) Aayog.

“Free textbooks are provided to students of 1st to 8th standards each year. Seasonal Centers at various Bahaks (highland pasture’s) were established for the children of the migratory population besides NRBC centres were established for out-of-school children (drop out or never enrolled)”, official data reveals. Other major interventions like extension of Mid-day Meal scheme to middle schools has tremendously helped in increasing the enrollment of these schools.

The SED has also enrolled around 1143 school dropouts in schools afresh besides enrolling 965 Children With Special Needs (CWSN) and 28295 students have switched from private schools to government schools.

Under the Special Enrollment Drive “AAO SCHOOL CHALEIN”, 118176 students were enrolled in government schools of Jammu and Kashmir during the winter session. The drive emphasized on strengthening of pre-schooling of children in the age group of 3 to 5 years with focus on increasing overall enrollment in government schools by re-enrolment of dropout students and the children who have never been enrolled in school.

The School Education Department (SED) is holding hold a door-to-door campaigns to enhance the learner enrollment across the schools in Jammu and Kashmir. 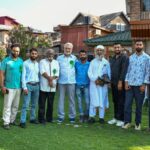 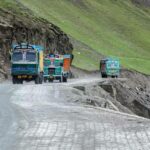