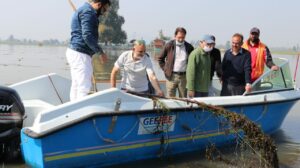 SRINAGAR, OCT 15: The deweeding drive in Dal Lake which commenced on 2nd October, 2021, continues to witness the  participation of various civil society and government functionaries.

The Environmental Policy Group (EPG),  led by its Convener, Faiz Bakhshi today were the visitors of Dal Lake. He was accompanied by his team members Ab Majid Bhat, Peerzada Fayaz, Muzamil Bakshi and Tawseef Bhat.

The team participated in the deweeding process.

The team visited areas where lily extraction is being done on a large scale in Lokut Dal and Bod Dal. The team expressed satisfaction on the lily extraction works and hoped that in future LDA will take forward its mission of cleaning of Dal Lake.

Later on the team interacted with VC LDA, Dr. Bashir Ahmad Bhat and had discussion with regards to steps being taken up by LDA for conservation, Rehabilitation and watershed management of Dal Lake.The team hoped that with the present team led by VC is surely going to achieve a foot in the conservation of Lake.

The team was accompanied by Executive Engineer LDA & AEE LDA besides other officials.

Various VIPs also participated in deweeding process since the day of inauguration by Lt. Governor J&K. 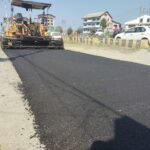