Srinagar: J&K Bank has made final repayment of bonds worth Rs. 600 Cr (principal) on maturity besides interest payment of Rs 54 Cr for its 9% Lower Tier-II bond along with coupon payments of other bonds amounting to Rs 46.25 Cr. In aggregate, the Bank made a payment of Rs 700.25 Cr to its bond holders.

Notably, the Bank had raised Basel II compliant Tier II Capital to augment its capital base, by issuing unsecured, redeemable, and non-convertible lower Tier II bonds aggregating to Rs. 600 Cr in the FY 2009-10, with maturity of 10 years for an annual coupon rate of 9%.

The whole amount of Rs 600 Cr has been already phased out from Capital
Adequacy (CRAR) computations, therefore the final redemption payment will have no impact on the Capital Adequacy Ratio (CAR) of the Bank as far as Capital position of the Bank is concerned. The Bank has reported Capital to Risk Weighted (CRAR) Ratio of 11.76% as on June 30 th , 2019, which is well above the regulatory requirement of 10.875%.

The timely repayment of bonds is expected to have a healthy impact upon the confidence of the depositors, investors and other stakeholders whose faith in J&K Bank remains unshakable. 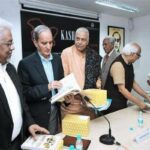