“This is also the appropriate time to recall the hapless plight of the people of J&K where the abrogation of provisions of Article 370 and 35A has deeply wounded the psyche of the people of Kashmir, plunging Kashmiri society into untold misery with an undercurrent of unease, depression and, with the political leadership in continuing incarceration, death of expectations and public politics”, the CCG has said.

Observing that the foremost fear shared by people of Kashmir, Jammu and Ladakh is demographic change, the CCG has said that “the education sector continues to be severely languish. Tourism is in tatters. Business and horticulture continue to suffer huge loss. Civic facilities like electric supply are in breakdown.”

Commenting on the protests against the CAA, the CCG has noted that “the youth-led protests by people of all faiths has been met with the use of unduly harsh measures by the State that has so far resulted in over two-dozen deaths, injuries to hundreds and destruction of public property. This is disturbing to every right thinking Indian. The hasty enactment of the patently discriminatory Citizenship (Amendment) Act (CAA) and fears on related extension of the National Register of Citizens (NRC) to the whole country, have triggered these protests. The core message the protestors conveyed to Government is that the CAA, founded on religious basis of citizenship, is aimed against the nation’sprincipal minority, violates its rights and upends the fundamentals of India’s constitutional nationhood. It is unlikely that the protests would fritter away over time.”

“We believe the Government underestimated the external fallout of internal policy initiatives on citizenship based on exclusivity. Domestic impulses of counter pluralism are irreconcilable with India’s global reputation as a vibrant constitutional democracy, bedrock of social harmony and a potential rising power. An adverse international press is visible. There is need to counter the growing international negative perception of our domestic policies, especially in our South Asian neighbourhood. American and Western criticism could get more strident should the NRC come in”, the group further said.

Seeing a pattern in the policy decisions taken at the central level causing disquiet and resentment, the group further said, “we are bewildered by the ruling dispensation, so early in its second term, opting to embark on its ideological pursuit of ‘shock and awe’ by amending Article 370, abrogating Article 35A, breaking up J&K State into two Union Territories and initiating the CAA-NRC combine when it was confronting a monumental challenge of an economy in deep crisis. GDP growth rate appears to have settled into a new normal of sub-5 per cent in the midst of ‘death of demand’ in rural, informal and corporate sectors and a slowdown that could persist for years.”

Urge the Government to consider that the cycle of peoples’ resistance and adoption of harsh counter-measures can only be broken if the CAA-NRC policy is rolled back without delay to provide relief to all sections of society, the group has asked the the Central Government “to focus its attention on the issues Government had promised while taking “the draconian measures” relating to J&K that it would not only integrate the state more closely with the rest of the country but would also develop J&K like the rest of India. “

“While there is no sign of that so far, certainly the government has succeeded in repressing the rest of India like J&K. We want the people of India, especially the people of J&K all the very best in the New Year and the decade ahead”, the statement issued by the group concludes. 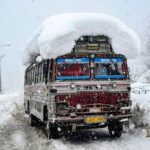