Srinagar, Nov 23: The administration in Ladakh Union Territory has begun the process to frame draft recruitment rules for gazetted posts after the Government of India empowered the Lieutenant Governor of the UT to do so.

To begin with, the UT administration has framed draft recruitment rules for engineering posts in the Roads & Buildings department and Public Health Engineering/ Irrigation and Flood Control Department.

According to draft recruitment rules, accessed by news agency—Kashmir News Observer (KNO), only natives of Ladakh are eligible to apply for these posts.

The draft proposals state that no person shall be qualified for appointment to the said post unless the person is a resident of Union territory of Ladakh and must possess a resident certificate issued by a competent authority in accordance with the Union Territory of Ladakh, Grant of Resident Certificate (Procedure) Order, 2021.

The draft recruitment rules have been framed after the President of India empowered the LG of Ladakh UT to do so.

On November 01, 2022, the President of India, in exercise of the powers conferred by the proviso to article 309 of the Constitution, directed the Lieutenant Governor of the Union territory of Ladakh to make rules for regulating the recruitment to the public services and posts of Group ‘A’ and Group ‘B’ (Gazetted) under his administrative control in connection with the affairs of the said Union Territory.

According to the notification issued by MHA, any rule made under this direction shall be subject to previous consultation with the Union Public Service Commission. “In the case of services and posts, appointment to which requires the prior approval of the Central Government, the prior approval of that Government shall also be obtained in respect of the rules, as to be made under this direction, for such services and posts,” the notification reads. 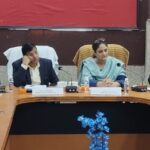 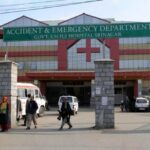