Stinagar, Nov 30: The Federation of Chambers of Industries Kashmir (FCIK) has called for a considerable degree of internal cohesiveness through well-meaning and accountable bureaucracy to accomplish and foster the ambitious industrialization process launched by the government for UT of Jammu and Kashmir.

In a meeting with Advisory Committee of FCIK, the Presidents of various industrial estates, while registering their problems, complained of the bureaucratic hick-ups and callousness in facilitating the prospective entrepreneurs to set up their industrial ventures besides timely resolution of issues confronting smooth operations of the existing industry. The Presidents cautioned that in case the bureaucratic hurdles continued without any check and accountability, the same can harm the ambitious plan and may also produce results in the opposite direction. They said that the industrialization programme would require restructuring of the whole hierarchy in industries department with clear chain of command that decideabout matters rapidly and also delegates powers to subordinate team members. A set of officers having clear understanding of industrial promotion and dynamism in approach needs to be put in charge of various positions for a longer duration of not less than 2-3 years, observed the members.

FCIK members expressed regret that 7 out of 10 District Industries Centres (DICs) in the valley had presently been rendered headlesswhich include  DICs of Baramulla, Anantnag, Budgam, Kupwara, Kulgam, Shopian and Bandipora.The members questioned the bureaucracy that why should it ignore replacements in DICs during routine transfers of officers when it was aware that the role of DICs in promoting, facilitating and developing industry in the district was pivotal and critical.They said that assigning of additional charge of DICs to officers already overburdened with their own jobs,generates more distrust and skepticism than giving any hope and solace to the entrepreneurs, the members said.

Quoting an example, the members informed that General Manager DIC Baramulla who also holding two more charges of GM DIC Kupwara and Programme officer ICDS at the time of transfer in March 2022 was notreplaced by any other officer. Instead the additional charge was assigned to GM DIC Budgam in May  till 17th of November when he was also transferred rendering both the DICs of Baramulla and Budgam unmanned simultaneously. The members said that DICS of Kupwara and Bandipora were now forgotten for years.

Speaking on the occasion, President Shahid Kamili revealed that FCIK had time and again taken up the matter of appointment of GMs with relevant authorities but it was unfortunate that instead of filling the vacant positions, many more DICs were eventually rendered headless.

The meeting resolved to approach and seek intervention of the Lieutenant Governor for taking note of the non-seriousness on the part of concerned bureaucracy and issue directions for immediate transfer of capable officers to fill the vacancies in the abovementioned DICs. It was also decided in the meeting that FCIK shall soon submit a detailed note on desired hierarchy of officers in industries and related departments along with their functions for the consideration of the  Lieutenant Governor. 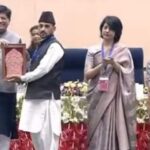 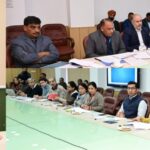