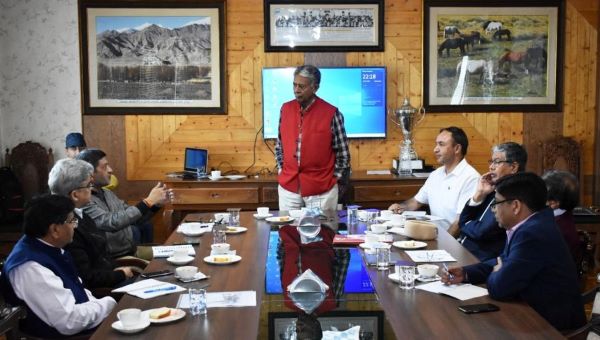 Srinagar: “Jammu and Kashmir is poised to be the model bio-economy region of the country for its varied Agro ecological zones which are bestowed with bounties of nature in the form of niche crops and commodities and the UTs potential to grow high value crops that are off season for the rest of the Country”, this was stated by Dr Mangla Rai, Former Director General, ICAR while chairing the 2nd meeting of the UT Level Apex Committee. The Committee has been constituted by Lt. Governor J&K, Manoj Sinha to formulate a policy for transforming subsistence agriculture into a sustainable agri-economy, that is aimed at making J&K the number one region in the country in terms of the growth in agriculture and securing the livelihood of its 14 million people.

The policy aims to turn J&K into a net exporter for quality, certified and GI tagged agriculture produces and products.

The committee held marathon meetings over 3 days at SKUAST Shalimar campus, starting from the 27th of September, in which more than 100 officers of all the development departments and its twin agriculture universities participated. As many as thirty-two (32) project proposals were presented by the various Technical Working Groups (TWGs) before the apex committee which were thoroughly deliberated upon and specific recommendations/directions issued.

While interacting with the members of TWGs , Dr Ashok Dalwai, CEO, NRAA expressed his optimism over J&Ks potential to break the perceived notion that economy and ecosystems are antagonistic. He expressed confidence that the two will synergize to lay foundation of an inclusive, prosperous and sustainable agri-economy for the UT.

Atal Dullo, Financial Commissioner (Addl. Chief Secy) APD reiterated the commitment of the UT Government to take agriculture to a higher pedestal of growth for which the Government was willing to invest and take a lead in country.

Dr. P.K Joshi, Secretary, NAAS, New Delhi exuded optimism about the resolve of the UT to double its output from the agriculture and allied sectors by 2027 given the current growth pointers and the potential improvement in productivity envisaged in the various projects. He also laid emphasis on restructuring the agriculture marketing system for assured returns to farmers commensurate with quality, niche products and good farming practices.

Dr H S Gupta Former Director IARI made his expressed opinion for diversification to ensure nutritional and economic security in the region by way of sustainably harnessing the potential of the huge rain fed area available in the UT.

Dr Prabhat Kumar Commissioner Horticulture emphatically expressed the need to build the capacity of JK to reduce dependence on imports of planting material by promoting private agri-preuners in development of elite planting material.

The committee members also congratulated Atal Dulloo, Financial Commissioner APD and both the Vice Chancellors of SKUAST J/K for the effective manner in which the exercise of project formulation was carried out in the shortest possible time.

The 2nd meeting which concluded on 29th of September saw the clearance of 28 of the proposed projects on a wide range of agricultural sectors encompassing high density fruit development, creation of seed production farms, boosting output from Vegetable Sector, Niche Crops, Sericulture, Apiculture, Oil Seeds, Dairy Development, Sheep & Goat Development, Poultry Production as well as a new emphasis on developing J&K as a major player in cold water fisheries. The other projects that were cleared for approval include food processing, effective agri-marketing, fodder development, mushroom production, medicinal & aromatic plants, floriculture, formulation of 300 FPOs, promotion of integrated farming system, organic farming and rainfed area development.  The focus of all projects and policies to be deployed in J&K is to harness the full potential of its agricultural sectors and to establish the value chains from farm to fork with an aim to boost the agri-economy of the region. 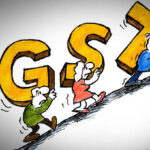