A large number of Kashmir’s apple farmers are in distress today. With incomes from their apple crop almost head-to-head with their production costs now, farmers are nursing feelings of dejection and disbelief. This situation is an economic crossroads for Kashmir’s apple industry, valued at several lakh crore rupees, including Rs 11,000-crore annual fruit sales of over 2 million tons. It is about the livelihoods of about four million people, directly or indirectly associated with apple trade. Some hard policy decisions are needed now!
I see the dynamics of Kashmir’s apple industry closely – thanks to Ziraat Times’ wide engagement with farmers, traders, academia and government institutions. When seen from a broader perspective, one road from here leads through sound public policy to survival of lakhs of livelihoods and social stability. Another road from here leads to a bad abyss, which could see Kashmir’s rural livelihoods and social stability badly undermined.
The survival of Kashmir’s apple industry is extremely important. Its Rs 11,000-crore annual fruit sale quantum is not just another ordinary trade figure. This sector, which involves mammoth land value transactions, huge trade in planting materials, massive labour, agro chemical and equipment inputs, has multiple trickle-down and positive cascade effects for J&K’s economic system. When apple farmers get decent returns, it gives them the incentive to do better in terms of productivity and quality. The incomes they earn drive a huge portion of J&K’s overall demand. The bigger that consumption bigger the state’s tax revenues. Not just that. Apple farmer incomes go into critical social wellbeing spending – children’s education, healthcare, improved housing and so on. If this stream of income is dented, J&K government’s limited resources could come under greater strain.
The reasons apple prices are falling
There are multiple reasons why apple prices are falling. As the harvest season is peaking, India’s fruit mandis and cold stores are being flooded with apples not just from Kashmir and Himachal but from Afghanistan, Iran, the US and other countries as well. With the mandis and CA stores facing a situation of plenty, it is normal for prices to fall. Most apples that are coming to the country’s mandis now are low priced for being produced in large commercial farms where the production cost is relatively low.
Normally, governments protect their own farmers by imposing a certain import duty. That is not happening now. Food basket inflation is so bad in the country right now that policy planners are struggling in stabilising prices. Consequently, several varieties of imported apples priced much lower than those produced in Kashmir, are making Kashmir apples commodities of third or fourth choice for Mandi traders to buy. That is leading to colossal losses to Kashmir’s farmers.

Would this low custom duty regime for apple imports stay?
I once asked India’s former Agriculture Minister Sharad Pawar during an event in New Delhi why the central government wasn’t raising import duty on saffron imports to safeguard saffron farmers of J&K. He smiled, and evaded an answer. But his then Union Agriculture Secretary intervened and gently told me that custom duties on agriculture products are often decided based on the factors of wholesale inflation. In other words, if the cost of an agricultural commodity wades into an uncomfortable zone for consumers, government would loosen import taps of supply. When I asked him if that was irrespective of the production costs for farmers of that particular commodity, he smiled and suggested we change the topic.
If today taps of imports are loosened that is because Kashmir and Himachal apples do not fulfill the full demand for apples in the country. The lower custom duties can be seen as a means to cool down the apple prices, irrespective of farmers’ production costs. These policy measures are likely to stay for a foreseeable future. Now, the question is what should Kashmir’s apple growers do in this situation?
Challenges before Kashmir farmers

Kashmir’s apple farmers are faced with multiple challenges, the foremost being the rising production costs. Planting materials, labour, agro-chemicals, fertilisers, packing materials and transportation entail huge costs to apple farmers today. The “spray schedule” recommended by the government has become very complex – thanks to emergence of myriad insects, pests, fungi and other diseases – that many farmers find difficult to finance and follow.
Second is apple farmers’ indebtedness. A large number of apple farmers have taken to High Density (HD) apple farming, which is costly to establish, and usually involves taking loans from banks.  If the demand-side shock for Kashmir apples remains, those farmers who have taken loans from banks for their HD apple farms are likely to slide into a serious situation of indebtedness. Kashmir’s small and medium farmers are particularly vulnerable to that situation.
Disease management in apple farms has become a highly complex business these days. HD apple farming is based on special techniques of plant variety modifications, which have originated from scientifically advanced countries. HD apple farming system demands a highly scientific disease management system guided by a real time pest surveillance, analysis and mitigation. The problem is that Kashmir has only one standard disease management and control remedy – the Spray Schedule – which is a uniform one, irrespective of farms’ geography, climatic zone, altitude and type of trees. Consequently, disease management in farms is getting more difficult.
Then is the climate change – which is only an unfolding storm.

The competition factor
As global population and demand grow, newer apple-producing regions are coming up in the world’s temperate lands which were once less farmed, including those in India’s vicinities. Those regions are today producing apples in a scientific manner at a huge scale with relatively lower production costs compared to Kashmir. Given that Kashmir and Himachal apples are not able to meet the country’s total apple demand, imports are inevitable. Kashmir’s farmers must know that things change fast in this rapidly-changing world. They must remain abreast with global and regional apple production and import-export dynamics to inform their decisions.
Time to find solutions now
The first and foremost is the need to regulate apple imports in a manner that apple farmers from Kashmir and Himachal are able to make decent enough profits. Secondly, even as considerable investment has been made in Controlled Atmosphere (CA) stores in Kashmir, the available space is quite inadequate to provide storage facilities to all desiring farmers. Consequently, farmers sell their produce in distress, and mandis are flooded with supplies.
J&K administration will have to address the inefficiencies in traffic management on Srinagar-Jammu highway on priority. It is unbelievable in a 21st century supply chain system that fruit trucks are stranded between 2-4 days on a 250 km road without any accountability.

Mass introduction of HD apple farms, following a copy-cat model from advanced countries, without robust socio-economic feasibility and risk analyses, needs reconsideration. Kashmir’s apple farms are very small, supply chains are basic and quarantine and disease management is not fully effective. What farmers need to do before venturing into costly HD farming is undertake a detailed risk analysis.
There are a variety of alternative low cost, and even zero-cost, techniques available for enhancing quality and productivity for fruits – top-line grafting being one of the most popular ones these days. Unfortunately, these techniques are not being popularized the way they should be, nor are being made part of official promotion activities. Importantly, J&K’s research and scientific communities in SKUAST, CITH and Horticulture Department, etc. should turn their focus towards genetic improvement of Kashmir’s traditional varieties for enhanced productivity, quality and climate resilience. Loss and replacement of the indigenous rootstock of Kashmir apples, which are known to have been disease resistant, is a big biological and socio-economic loss.
Currently, J&K does not have a fool-proof quarantine system for plant varieties introduced from other countries and regions. Consequently, diseases foreign to Kashmir’s eco-system could now be seen in many farms. J&K’s state institutions responsible for quarantine management will have to develop a foolproof system of quarantine management for newly-introduced plant materials. Agriculture universities will have to develop stronger baseline for disease prevalence and spray schedule effectiveness.
Scientific regulation of agro-chemical production system is another area which requires attention. There are already indications of certain new types of uncontrollable insects, pests, fungi and other diseases in Kashmir’s farms which have developed resistance to current agro-chemicals. We need more information on that, including scientific data. We need better and less unhealthy agro-chemicals too.

Even as climate change is a big concern, J&K does not have any specific annual budgetary allocation, linked to annual objectives and expected outcomes, for climate change research, mitigation and adaptation. Advanced countries, and also most of the developing countries, are investing heavily in climate change research and climate-resistant fruit varieties. J&K lags far behind in this area.
The final word
In the last decade or so, I have had the opportunity to travel through large swathes of the former British Empire territories. Thanks to Sheikh Muhammad Abdullah’s path-breaking land-to-tiller reform, one could find few colonial enclaves of the British Raj which have seen the kind of rapid transition from poverty to economic wellbeing as we have seen in Jammu & Kashmir. The rural socio-economic wellbeing brought about that positive transformation in J&K is at peril today. If Kashmir’s rural hinterland gets indebted and poor, it would be a catastrophe.
(The writer is founder of Ziraat Times) 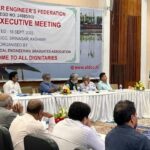 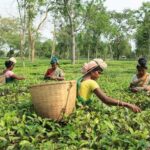