Cyrus Mistry was the younger son of late Pallonji Mistry — owner of the Shapoorji Pallonji group and the biggest stakeholder in the Tata group.

Mr Mistry replaced Ratan Tata as executive chairman after he stepped down on turning 75 in 2012. Mr Mistry had joined the Tata group in 2006 as a director, and had held non-executive positions on boards of several other Tata companies earlier. Mr Mistry, the second person from outside the Tata family to head the group in the last 142 years of its existence, could retain his post for just four years.

Born on July 4, 1968, Mr Mistry completed his graduation in civil engineering from the Imperial College of Science, Technology and Medicine, London. He also held a Master’s degree in management from the London Business School. 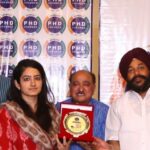