New Delhi, Sept 22: Ahead of the 2022 United Nations Climate Change Conference, commonly referred to as COP27, the Centre is reaching out to states to encourage them to devise stronger climate action plans. This comes with India aiming to become a net-zero economy by 2070. COP27 will be held in Egypt from November 6 to 18.

As the government prepares for it, the Union Ministry of Environment, Forest and Climate Change (MoEFCC) is hosting a two-day conference of state environment ministers in Ekta Nagar, Gujarat, starting September 23.

The conference aims to foster greater synergy between the central and state governments in developing better policies on several environment and climate issues, said the ministry.

This would include eliminating plastic pollution through a multi-pronged approach and ‘State Action Plans’ to effectively combat climate change with a focus on LiFE (Lifestyle for Environment), which is part of India’s nationally determined commitments (NDC) submitted to the UN.

Emphasis on expanding the forest cover while protecting species and restoring degraded land is also on the agenda.

During COP26 in Glasgow last year, Prime Minister Narendra Modi announced a 2070 deadline to achieve net-zero carbon emissions. This is two decades later than the 2050 target set by the Intergovernmental Panel on Climate Change.

State Action Plans on Climate Change (SAPCC) are already in place in 33 states and Union Territories, according to a Lok Sabha reply in 2022. But only a few states have started implementing them. 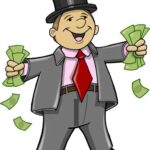 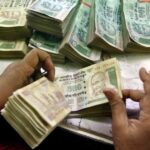