SRINAGAR, SEPT 6: Jammu & Kashmir has seen extension of 890 central laws, repeal of 205 state laws and modification of 129 laws after the abrogation of Article 370 in the erstwhile state.

The implementation of several  central legislations after the revocation of Article 370, like the Scheduled Tribes and Other Traditional Forest Dwellers (Recognition of Forests Rights) Act, 2007, the Scheduled Caste and the Scheduled Tribes (Prevention of Atrocities) Act, 1954, among others, is bringing a new era of progress and development in Jammu and Kashmir, an official spokesperson said on Tuesday.

“Eleven Land Laws that existed in the erstwhile state of Jammu and Kashmir were old, regressive, intrinsically contradictory and outdated laws with a set of modern, progressive and people friendly provisions. The new land laws will not only afford protection to over 90% of the land in J&K but will also help revamp the agriculture sector foster, rapid industrialization, aid economic growth and create jobs in J&K”, the official said.

Observing that the “repealed laws were made to serve the old agrarian based economy and were required to be modified for modern economic needs, the official spokesperson further said that “they were beset with ambiguities, contradictions and redundancies and in many cases, were clearly regressive.”

In order to create a just and equitable society, reservation rules have been amended to extend benefits of reservation to left out categories like Pahari speaking people and economically weaker sections, he said.

Maintaining that the implementation of 73rd and 74th Constitution amendments have given a new lease of life to grassroots democracy in J&K, the official said that even though the three-tier system was implemented late in the UT, Jammu and Kashmir has emerged as a great and effective example in this system.

The step towards institutionalization of the offices of DDCs and BDCs, at a cost of Rs. 44.92 cr strengthened and accentuated the efficiency of the Panchayati Raj system, making it the engine of community development in future, the official spokesperson noted.

For effective implementation of developmental plans and policies at the grassroots level, ample resources have been kept at the disposal of PRIs. After 2019, When the budget of Jammu and Kashmir is presented in the Parliament of the country, the goal of strengthening good governance and grass root democracy is placed at the top of the list of priorities. 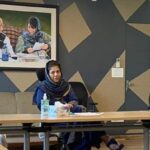 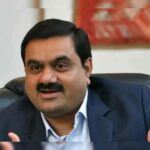