New Delhi, Sept 6: Richest Indian Gautam Adani’s conglomerate has cited an improved net debt to operating profit ratio and more than halving of loans from public sector banks to allay concerns about it being overleveraged.

In a 15-page note in response to CreditSights report calling the group overleveraged, it said companies in the group have consistently de-levered, with the net debt to Ebitda ratio declining to 3.2 times from 7.6 times in the last nine years.

“The businesses operate on a simple yet robust and repeatable business model focused on development and origination, operations and management and capital management plan,” the note, reviewed by PTI, said.

The group had a gross debt of Rs 1.88 trillion in March 2022 and net debt of Rs 1.61 trillion after considering the cash balance.

In FY2016, private banks accounted for 31 per cent of loans, which has now shrunk to 11 per cent. Money raised through bonds has jumped from 14 per cent of all loans to account for 50 per cent now.

In a report titled ‘Adani Group: Deeply Overleveraged’, CreditSights, a Fitch group firm, had last month stated that the ports-to-power-to-cement conglomerate is “deeply overleveraged” with the group predominantly using debt to invest aggressively across existing as well as new businesses.

“In the worst-case scenario, overly ambitious debt-funded growth plans could eventually spiral into a massive debt trap, and possibly culminate into a distressed situation or default of one or more group companies,” it had said. 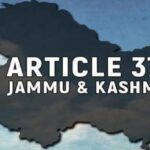 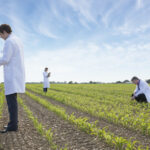