It was first-of-its-kind meeting in which the ACS briefed that Digital Agriculture Mission aims to lead farmers towards precision farming, an official statement received by ZiraatTimes said.

‘Equipped with the right technology, farmers will be provided knowledge about their soil health and the most suitable crops, soil treatment and the right kind of pesticides and fertilisers for their farmlands. Timely updates would be delivered through call centres or other media’, he informed.

The ACS remarked that data from PM KISAN, Kisan Credit Card, Soil Health Card schemes is already available with the government for implementation of the mission. He directed that Revenue Department ensure dynamic linking of farmer data with digitised land records. Remote sensing and weather data and databases of National Agriculture Market (e-NAM) could also be used for the purpose, it was told.
It was directed that respective officers ensure Aadhar based e-KYC of farmers is done and data of Pradhan Mantri Fasal Bima Yojana scrutinised. Emphasis was also laid on geo-referencing of village records and it was also told that GIS based real time crop survey would be done by March 2023 in this regard.

Once successfully implement, the farmers would be provided a unique ID and customised alerts for their fields. Committees have also been formed for implementation of the mission in J&K, it was informed. 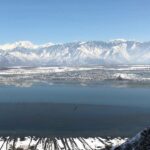 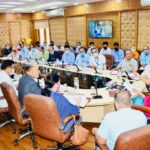