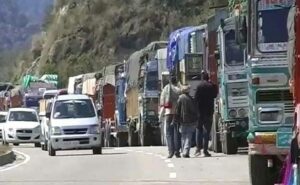 Since the harvesting of plum, peach, pear, and early varieties of apple is nowadays in its full swing and these varieties are treated acute perishable thus needs immediate and quick transportation to various destinations outside J&K, the association said in a media statement received by Ziraat Times.

“In fact, the Valley-based Fruit Growers/ Dealers have alreay suffered heavy losses during conitnued last several years due to Natural Calamity and continued blockage of Srinagar-Jammu National Highway, this Union have, therefore, repeatedly took up the matter with all concerned higher authorities well in advance for allowing uninterrupted movement of fruit laden trucks on Srinagar-Jammu National Highway for safe arrival of fresh fruits to various destinations outside J&K. It is unfortunate that despite of assurances from all concerned authorities it does not prove any fruitful results on ground excepting hallow assurances with the result fresh fruits of hundreds of trucks got completely damaged casing heavy losses to Valley Based Fruit Growers/Dealers”, the association added.

“As already said the harvesting of plum, peach, pear, and early varieties of apple is in its full swing nowadays and the harvesting of Babgosha (Pear) is commencing shortly and all these varieties of fruits are considered most perishable fruits having only one days life only thus needs its transportation on priority basis for safe arrival to various destinations outside J&K”, the fruit growers have pleaded.

“Since Horticulture Industry is treated as the backbone of the state’s economy and livelihood of 70% of households are directly or indirectly connected with this industry. In order to save the livelihood of all these 70% of households particularly Horticulture Industry itself the LT Governor Shri Manoj Sinha Ji and all other concerned Government machinery is requested kindly consider and take immediate steps and make immediate all necessary arrangements for transportation of fresh fruit laden trucks on Srinagar-Jammu National Highway NH44 on priority basis without any interruption even against convoy on daily basis and as and when there are any hindrances due to repairments or whatsoever necessary Advisory may be issued to Traffic Personal for allowing transportation of fruit loaded trucks on priority on daily basis for its safe arrival to various destination outside J&K (UT)”, the associations have appealed.

The statement further reads – under the circumstances explained above Manoj Sinha Ji, Lt Governor of J&K, is requested to kindly look into this mater seriously and direct all concerned authorities for:

Allowing transportation of all Fruit Laden Trucks on priority on Srinagar-Jammu National Highway (NH44)/Mughal Road without any interruption on daily basis even against convoy.

On the eve of hindrances due to repairments or whatsoever Necessary Advisory may also be issued to Traffic Personal for allowing transportation of fruit loaded trucks on priority on daily basis for its safe arrival to various destinations outside J&K, they further noted.

This arrangement will prove safe arrival of fresh fruits to outside J&K and valley based fruit growers are saved from any losses, the growers further said. 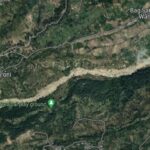 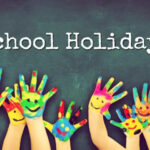