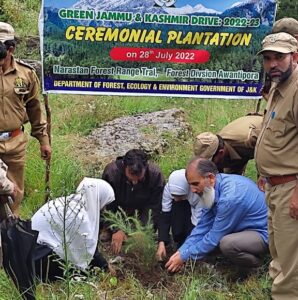 In District Shopian, Green J&K Drive events were organized in Zawoora, Army Headquarters in which DDC Chairman Shopian, District Panchayat Officer Shopian, Panchayat Representative and a number of students participated. Another event was organized in Compartment Y-1 Gulabteng Forests in which DDC Chairman Keller, BDC Chairman Keller, PRIs and about 200 students participated in both the events, an official statement issued to Ziraat Times said.

Publicity Officer of the Department Zahid Wani informed that Greening initiatives have been accelerated in Kashmir valley under different programmes like Har Gaon Haryali, One Beat Guard One Village Programme, Har Ghar Haryali. He said, use of low cost greening interventions like seed ball technology has also been introduced for greening and rehabilitating degraded forests areas. He further informed that people especially youth in hundreds are joining the department as “ Van Mitras” and are volunteering for supporting Greening activities. He also informed that 27 water bodies /Amrit Sarovars  inside forests are being rejuvenated and shall add to the value of biodiversity in different forests of South Kashmir. 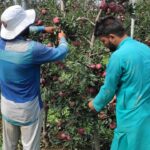 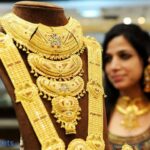