Srinagar, 2 July: The Jammu and Kashmir National Conference on Saturday expressed strong protest over halting of fruit laden trucks on NH-44 in view of underway Amarnath Yatra, saying normal life and business of local populace living on the yatra route should not be made to suffer.

Urging the LG-led administration to allow smooth passage of fruit-laden trucks on the national highway, the party MP from Anantnag Hasnain Masoodi, north zone president Javed Dar, District president Baramaulla Sajad Shafi, Irshad Kar said that the fruit growers have already suffered huge losses over the past several years and now they have to face more losses as fresh fruit-laden trucks are not allowed smooth passage along the Jammu-Srinagar highway.

“After witnessing sullen and silent losses for years, orchardists had pinned high hopes following the bumper harvest of cherry, plums and other fruits. Unfortunately for them, their produce which was supposed to reach fruit mandis across the country is lying stuck on the highway for reasons known to the administration. Sweltering heat wave in the valley has destroyed truckloads of fruits, vegetables plying to and fro from Srinagar to other parts of the country. Much losses have been incurred by mutton dealers as well,” the leaders said.

Asking the government to review the security arrangements, they said, “Security arrangements are well understood but not at the cost of people’s economic activities. Having such dim witted diktat in place has not only dampened  the festive spirit of people but also given a death blow to the already suffering businesses. Therefore in the greater interests of the people and their economic prospects, the ongoing security arrangement should be reviewed and attuned to people’s needs.” 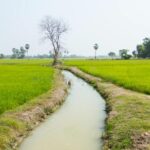 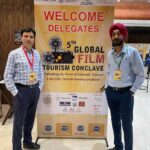