New Delhi, June 30: Amid the rupee declining against the US dollar, Finance Minister Nirmala Sitharaman on Thursday said the Indian currency is relatively better placed than other global currencies against the greenback.

Emerging market currencies have been falling against the dollar amid geopolitical tensions in the wake of the Russia-Ukraine war, concerns over growth, high global crude prices, sustained inflation and central banks worldwide adopting hawkish monetary policy approach.
“We are relatively better placed. We are not a closed economy. We are part of the globalised world. So, we will be impacted (by global developments),” the finance minister said on the sidelines of an event here.
She was responding to a question on the movement of rupee against the dollar.
In its Financial Stability Report (FSR) released on Thursday, the Reserve Bank of India (RBI) said the rupee has performed relatively better than its peers.
“While the Indian Rupee (INR) has been subjected to bouts of downward pressure, it has emerged among the better performing currencies relative to peers,” the 25th FSR report said.
The rupee breached the psychologically significant level of 79 per dollar level for the first time ever on Wednesday and has also hit a series of lifetime lows this month.
However, the rupee rebounded from its all-time low to close 5 paise higher at 78.98 (provisional) against the US dollar on Thursday.
Since the war in Ukraine broke out in late February, the RBI has expended its foreign exchange reserves in order to shield the rupee from steep depreciation. Since February 25, the headline foreign exchange reserves have declined by USD 40.94 billion.
Last week, Reserve Bank Deputy Governor, Michael D Patra said the central bank will not allow “jerky movements” of the rupee and stressed that the Indian currency has witnessed least depreciation in recent times.
“We will stand for its stability and we are doing it. We are there in the market and we will not allow disorderly movement of the rupee. We have no level in mind, but we will not allow jerky movement. That is for certain,” Patra had said. 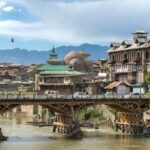 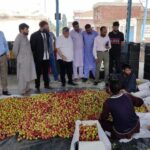