Srinagar, 17 May: The Jammu and Kashmir National Conference Vice President Omar Abdullah said the greatest strength of the people of Jammu and Kashmir is Unity, which has stood severest strains from time to time.

Cautioning people against the efforts aimed to draw a wedge between Kashmiris, Gujjars, and Paharis, Omar said, “Diversity of our state is tremendous. Deep inside our hearts beat together. There are certain common links and unifying bonds that keep varied sections of our society together. All of us are worried for our identity, our culture, and our dignity,” adding, “Multi ethnic unity in Pir Panjal has been an eye sore to anti J&K forces. At present also efforts are underway to drive a wedge between Gujjars, Paharis and Kashmirs, particularly in Pir Panjal. I’m telling you that coming together is the first step towards having our constitutional rights, our dignity restored. NC is spearheading a peaceful, democratic and constitutional struggle for the restoration of rights of varied sections of J&K, Ladakh. The best people can do is not allow anyone to weaken our struggle by allowing anyone to divide us on religious, regional, and ethnic lines.”

Speaking against the rising intolerance among govt circles against a single critical word in the press he said, “Trend of rolling out criminal charges against journalists and muzzling their voice has become an everyday affair.”

Unemployment levels, Omar said, are on rise in Jammu and Kashmir as educated youth struggle with neglect and lack of job-creation policy. The situation he said is more depressing in Pir Panjal, where the local employability scenario had received a major hit due to outsourcing of jobs and contracts. 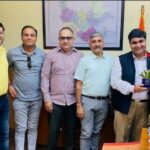 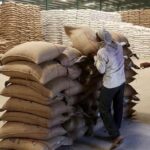