KATHUA, MAY 21: Principal Secretary, Jal Shakti, Ashok Kumar Parmar, on Saturday visited Ujh Barrage in Kathua Jammu to review implementation of Ujh multipurpose project, which has been designated as a ‘venture of national importance’ and is being monitored by Prime Minister Office and Union Ministry of Home Affairs.

Pertinently, Ujh Multipurpose Project worth Rs. 1190.77 crore was cleared in 148th meeting of Advisory Committee of Department of Water Resources, River Development and Ganga Rejuvenation (WRRD&GR), on Irrigation, Flood Control and Multipurpose Projects, held under the Chairmanship of its Secretary.

Principal Secretary instructed the Jammu & Kashmir State Power Development Corporation to continue functioning as Nodal Agency to get all the statutory clearances in respect of Defence, Tribal Affairs, Forest, Wildlife, Environmental and all allied departments till the project authority is engaged by the Government of India.

Ashok Parmar asked the Deputy Commissioners Kathua and Samba to constitute District Level Task Force to handle the issues of forest, environment and wildlife clearances, acquisition of land and shifting of utilities besides related matters. He also asked them to facilitate project authority for detailed topographical survey. 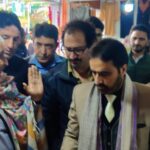 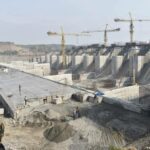