It was decided in the meeting that there will be a monthly review of progress on the project so as to ensure that work is done expeditiously towards project completion.

Parmar was apprised by the Deputy Commissioner Kathua that felling of trees, removal of structures and utility shifting is in full swing which will be completed within two days. He assured that there shall be no hurdle on account of construction activities and execution of works will be done simultaneously.

He directed the officers to keep provision of security check at the confluence point from Basantpur side. Besides, the issue of staff crunch was also discussed during the meeting in response to which both sides agreed to station the required manpower.

Further, Superintending Engineer PWD (R&B) apprised that the work for shifting of Noor bridge coming under the submergence has been allotted and soil investigation has also been conducted. He also informed that work was held up by Wildlife Department for which all the documents have been uploaded on PARVESH portal for getting statutory clearance.

Principal Secretary directed the Chief Engineer PWD to speed up the construction work on Noora bridge which falls on Lakhanpur- Basohli road ensuring its completion before July 2023. He exhorted upon the executing agencies to remove all existing bottlenecks hampering the work as the project is of national importance.

Parmar directed the Deputy Commissioner Kathua to expedite the matter of land acquisition besides asking Division Manager FDC Jammu to expedite the work on felling of trees so that construction of Ravi canal can be started at the earliest. 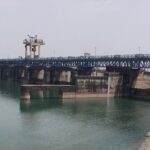 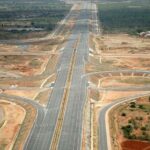