Srinagar, May 10: The country’s largest lender, State Bank of India (SBI), has raised the interest rate on its bulk term deposits (Rs 2 crore and above) by 40 – 90 basis, effective May 10, a media statement issued today said.

Consequently, deposits of Rs 2 crore or above for 5–10-year tenor and 3-5-year tenor will fetch an interest rate of 4.50 per cent as against 3.60 per cent earlier, a hike of 90 bps, according to SBI’s website.

The revised rates of interest shall be made applicable to fresh deposits and renewals of maturing deposits. The interest rates on NRO term deposits shall be aligned as per the rates for domestic term deposits, the bank said.

The hike in interest rate on deposits comes after the monetary policy committee (MPC) hiked benchmark interest rate (repo rate) by 40 basis points to 4.40 per cent, in an off-cycle meeting to tame the rising headline inflation. 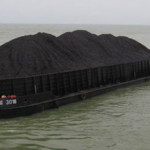