Srinagar, May 11: The Chamber of Commerce and Industry Kashmir (CCIK) has expressed serious concern over the government’s proposed plan of power tariff hike in Jammu and Kashmir.

In a statement to Ziraat Times, President CCIK Tariq Rashid Ghani said Kashmir Power Development Corporation Limited’s (KPDCL) proposal of tariff hike of over 12 percent is uncalled for and unjust.
Ghani said the government is ready to hike the tariff during good times however it has nevered heeded our request of amnesty in power tariff and other user charges during adverse times.

The CCIK President said government should first compensate for the losses the people suffered for many years especially since the year 2019.

“Both households and businessmen suffered unimaginable losses since 2019 due to repeated and long drawn lockdowns. No compensation was made or no power tariff amnesty was announced for these distressing years,” said Ghani.

Ghani urgent the LG Administration to intervene in the matter and work on providing relief, financial assistance, capital infusion into the economic sectors rather than burdening then with power tariff hike.

The CCIK said both domestic and commercial users should be supplied power and other facilities on reduced charges owing to JK’s geographical disadvantage compared to other states. 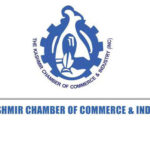 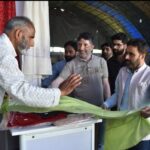