At the outset, Director Agriculture Kashmir gave a presentation over the approved outlay plan under CAPEX Budget of Agriculture and allied departments for the year 2022-23.

The meeting was informed that out of approved outlay of Rs 135.56 crore, Rs 54.23 crore has even released for eight departments allied to agriculture sector.

ACS discussed the component wise breakup of subsidies for purchase of farm machinations, equipments etc for the both the divisions of Kashmir and Jammu.

Similarly, during the meeting it was given out that Rs 30.43 crore has been approved for seeds/seedlings and area extension under the CAPEX. The meeting also held a threadbare discussion on major targets and achievements for the year 2022-23 under CAPEX.

The meeting was also informed about the budget outlay for Sericulture Department which include Rs 9.74 crore, of which Rs 3 crore has been released for the year 2022-23 under the CAPEX.
It also discussed the approved outlay of Agro Industries Development Corporation Limited,

Command Area Development Jammu/Kashmir, SKAUST-Kashmir/Jammu and release of funds and physical achievements under the CAPEX Budget.

Also, ACS was informed about the approved outlay under different CSS which include RKVY, NMSA, NEGA, PMFBY, NMAET, NFSM, PMKSY, Silk Samara and Bamboo Mission. It was given out that an approved outlay of Rs 696.38 crore has been approved.

The meeting held a detailed overview besides physical achievemnets of all the eight allied sectors of agriculture under CSS.

Later, the meeting held a threadbare discussion over the approved outlay under NABARD and funds released thereof.

While summing up the meeting, Dulloo asked concerned officers to focus more on achievements and said that all the physical targets and achievements be met within given timelines.

He directed the SKAUST to consult all stakeholders like Kisan Advisory Board and concerned HoDs in Research & Development projects.

The meeting discussed component wise physical achievements of the departments with respect to allocation and funds released and cumulative expenditure so far. 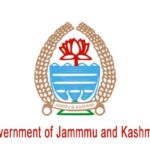