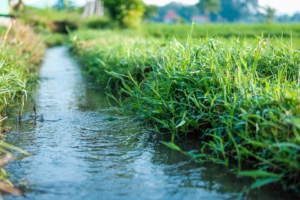 Irrigation Kuhls (canals) – the community-owned irrigation channels of Jammu and Kashmir -have lost their importance over time. It is because people have illegally encroached upon and are filling them up for their own use. These Kuhls that once irrigated thousands of agricultural, horticultural lands are now dying. Farmers in J&K have, for centuries, relied on community-managed Kuhls systems for irrigation channels for their rice farming, wheat and other livelihood household activities.

The Zamindari canals, locally called as Kuhls are constructed and maintained by the farmers. The total number of such canals is 2,827 which irrigate nearly 60 per cent of the total irrigated area of Kashmir Division. Changes in the past few decades have posed a challenge to the functioning of the kuhls/ canals. With the passage of time these canals and Kuhls are encroached by the local people leading farmers to change their land use patterns from agriculture to Horticulture and other activities. The small streams running through the village are decreasing in width and depth due to daily filling by the villagers without thinking of the poor farmers and other people who are totally dependent on such structures for their livelihood and these streams / Kuhls are also the major source of drinking water for most of the people. These kuhls/ canals are now turning into drains where people dumping their daily waste making the water unfit for drinking and other household purposes.

Irrigation plays an important role in the Agriculture and Horticultural sector of J&K economy. Since ages, the farm economy has been dependent on a single crop and the cultivator cannot take chances with it. The farmer always requires sufficient water supply for their fields, therefore, he depends mostly upon kuhls and canals for irrigation.

Over the years, wild growth, construction of new structures on the embankments of these kuhls/ canals and earth filling make difficult for the survival of these kuhls, villagers get tap and well water at homes while agriculture is no longer a profitable livelihood option is another cause of lost and deterioration these irrigation structures in valley.  People are now planting popular, willow and other tree species on the embankments of these Kuhls which become difficult for the authorities to clean and widen these kuhls. With passage of time we have lost hundreds of these irrigation facilities especially in villages of J and K.

Many times, the Revenue, Irrigation and Jalshakti Departments of J&K tried to recover the illegal encroached land of Kuhls but failed.

I am an eyewitness when few years ago these stakeholder departments jointly act and cut the trees alongside from the embankments of these water bodies and then they have not come forward to widen and desilting of these water channels and the result was the continuous devastating floods in the Balkul channel in Pattan areas, which destroyed thousands Kanals of agricultural and horticultural lands of farmers.

This situation leads to change in the land use pattern by farmers, as siltation has totally destroyed the agricultural lands in these areas. This happens when there is no proper planning and management by authorities.

The stakeholder departments must come forward to protect these Kuhls and canals with proper planning to further protect the encroachment in such life lying irrigation structures and those who deliberately occupy these structures should be punishable under law. So that in future no one dare to occupy and encroach these kuhls and canals which are lifeline for farmers and people who are dependent on them. 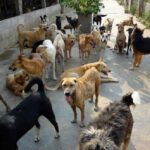