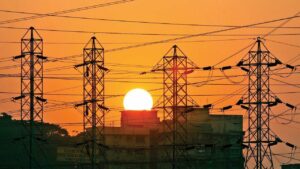 Washington: April 27: The war in Ukraine will result in expensive food and energy for the next three years, the World Bank has warned, intensifying fears that the global economy is heading for a rerun of the weak growth and high inflation of the 1970s.

In a gloomy analysis, the Washington-based development organisation said there was a risk that persistently high commodity costs lasting until the end of 2024 would lead to stagflation – sluggish activity combined with strong cost of living pressures.

The Bank’s latest commodity markets outlook said that over the past two years the world had seen the biggest increase in energy prices since the 1973 oil crisis and the biggest jump in food and fertiliser prices since 2008. While the costs of energy and food were likely to retreat from their current levels, they were forecast still to be above the average for the past five years at the end of 2024.

As a result of trade and production disruptions caused by the Russian invasion of Ukraine, the Bank is forecasting a 50% rise in energy prices this year. It expects the price of Brent crude oil to average $100 a barrel in 2022, its highest level since 2013 and an increase of more than 40% compared with 2021. Prices are expected to fall back to $92 in 2023 but will remain well above the five-year average of $60 a barrel.

Indermit Gill, a World Bank vice-president, said: “Overall, this amounts to the largest commodity shock we’ve experienced since the 1970s. As was the case then, the shock is being aggravated by a surge in restrictions in trade of food, fuel and fertilisers.

“These developments have started to raise the spectre of stagflation. Policymakers should take every opportunity to increase economic growth at home and avoid actions that will bring harm to the global economy.” 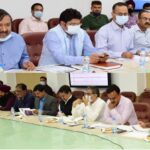