KULGAM, JAN 15: Almost 23254 hectares of land is now under fruit production in Kulgam district of Kashmir division, while the number of orchardists, according to official figures, in the district is about 64,000.

Horticulture sector is one of the main industries supporting the economy of Kashmir, bearing a variety of fruits and providing sustenance to a major chunk rural population particularly those living on Karewas and high terrains.

As the horticulture sector witnessed prolific production and cultivators earned huge income, this sector attracted more and more people into the pursuit.

In Kulgam district, the trend of converting other land into orchard land is increasing. Under the Area Expansion Programme, during current fiscal year, an area of 138.10 Kanals has been brought under Ultra High Density Plantation (Apple) with financial assistance of Rs 140 Lakhs by the Horticulture Department. Moreover, an area of 8.9 hectares has been brought under normal high density plantation of apples under CSS-MIDH scheme.

A large number of farmers are also undertaking top grafting in the district, using a highly effective and low-cost technique for improved quality and higher fruit production. In recent years, there is a big trend of farmers adopting top grafting, which comes with the added advantage of extremely low cost and no need for debt burden.

Mohammad Sikander Rather, a resident of Mirhama Modergam area, is one of the many farmers who has established High Density Orchard with the help of the department during 2017-18. At that particular time, the Horticulture Department provided him 888 HD plants for an area of eight Kanals.

This is a feature produced by DIPR. Ziraat Times has edited it to meet its presentation standards. 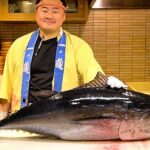 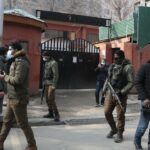