Srinagar, Dec 1: Two seemingly large cloud systems – one a western disturbance and another a southerly cloud system – are likely to pass over J&K starting from Thursday until Sunday.

So, will these systems result in snowfall and rains in Kashmir and Jammu over the weekend?

Based on the analysis of multiple data by Ziraat Times related to the extent of cloud cover, cloud density, wind speed and direction probabilities, humidity and temperature differentials, here is the detailed weather outlook for Kashmir and Jammu region for the coming weekend:

Friday, 3rd December – Most parts of J&K will not receive any precipitation, even though cloud cover is likely in most areas.
Saturday 4th Decemberr – Late Saturday snowfall is likely to start in upper parts of southern Kashmir and upper Chenab valley areas mainly Upper Kishtwar, Upper Bhaderwah, Wadwan and surrounding areas of Kolohoi Glacier and upper Pahalgam.
No precipitation is likely in other parts of Kashmir on Saturday.
Sunday – 5th December:

Moderate rainfall and light snowfall may occur in other Kashmir valley plains, including Srinagar, on Sunday. In Kashmir valley’s plain and Karewa areas, farmers are advised to plan their activities factoring in more moderate rains as well as light snowfall during this spell. Jammu plains are likely to receive light to moderate rainfall on Sunday. Kargil and parts of Ladakh are also likely to experience moderate to light snowfall.
Detailed precipitation outlook for Saturday and Sunday for Kashmir and Jammu region is as under:

Pirpanjal mountain range and karewa areas in Budgam, Pulwama, Baramulla districts along the range from Yusmarg, Gulmarg and Kandi Baramulla would receive 4 inches to 8 inches of snowfall.

Early Monday onwards weather will clear up across Kashmir and Jammu regions.

Note: Ziraat Times issues weather forecast/advisories in the interest of farmers and general public based on the analysis of multiple weather data, including dynamic and ultraviolet satellite imagery, cloud movement models, supercomputer-generated direction and wind speeds associated with the westerly jet, temperature variations within Jammu & Kashmir, sub-regions and neighbouring regions, past weather data and patterns. While maximum care is taken in generating this information, and most times our forecasts are accurate; due to the rapidly-changing nature of winds, humidity and local cloud formation, at times, the forecast might not go as anticipated. We advise discretion in using this information. 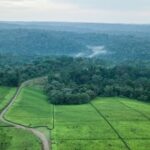 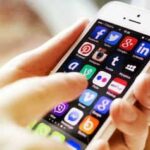