Srinagar, Dec 1 : The Jammu and Kashmir government is in the process of finalization of rules governing the grant of land on lease in the Union Territory.

An official order in possession of the news agency—Kashmir News Observer (KNO) reveals that a committee headed by additional secretary Revenue department has been formed to examine/ prepare Jammu and Kashmir Land Grant Rules-2021.

The committee has been directed to examine the Rules of other states and Union Territories before finalizing its recommendations.

According to the order, the committee has been directed to submit its recommendations/ suggestions to the higher authorities by or before December 10.

It is pertinent to mention that earlier this year, the government constituted a Board of Revenue for the Union Territory under the Jammu and Kashmir Land Revenue Act.

The Board is the chief controlling authority regarding all the matters provided in Jammu and Kashmir Land Revenue Act (Samvat) 1996.

According to the law, the Board shall exercise, perform and discharge powers, functions and duties conferred upon it by or under The Jammu and Kashmir Land Revenue Act or any other law for the time being in force.

It has also been empowered to decide all the matters relating to the repealed land laws, within one year from the constitution of the Board—(KNO) 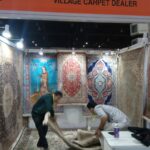 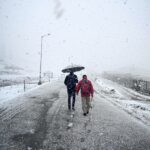