SAMBA, NOV 3: Deputy Commissioner Samba, Anuradha Gupta, today sanctioned an amount of Rs. 24,42,700 Lakh as relief under SDRF in favour of 550 farmers whose crop was damaged due to the recent hailstorm.

Around 150 hectare of land was affected in the recent hailstorm and immediate relief has been provided to the farmers on the directions of Lieutenant Governor of UT of JK.

The relief amount is being credited into the bank accounts of the eligible beneficiaries through DBT mode.

Earlier, on the directions of the Deputy Commissioner, a joint field survey team of Revenue and Agriculture Department has ascertained the extent of damage to the crops. The joint team conducted the survey in affected villages of the District where the standing crop was damaged due to hailstorm and subsequently the relief cases were prepared and sanctioned. 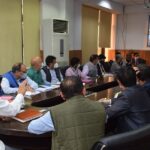 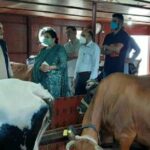