Srinagar, Nov 19: The People’s Alliance for Gupkar Declaration (PAGD), a conglomerate of J&K’s main political parties, has sent a letter to President of India Ram Nath Kovind with regard to Hyderpora incident, urging him to ensure that the involved officials in the incident “are brought to book and punished under law.”

In a letter, a copy of which lies with news agency—Kashmir News Observer (KNO), PAGD said the tragic incident that took place at Hyderpora, Srinagar on the evening of 15th November, 2021 has evoked enormous pubic anger.

“In this unfortunate incident three civilians got killed in suspicious circumstances. The incident calls for a time-bound Judicial probe so that true facts are unraveled and brought in public domain. Needles to state that such unfortunate incidents widen the gulf between the people of Jammu and Kashmir and the Government of India and, therefore, are to be avoided at any cost.”

“We would remind Your Excellency that the administration of Jammu and Kashmir is being run in the name of Your Excellency by the Lt. Governor acting as an agent and, therefore an onerous responsibility is placed on Your Excellency to ensure that the rule of law prevails and the involved erring officials are brought to book and punished under law,” it added.

“We would also bring to your notice the practice of taking away bodies of the victims of such incidents and depriving their families of the right to organize their burial in accordance with religious practices. In the unfortunate incident of Hyderpora also, the bodies of three civilians have been taken away by the Security forces and reportedly buried 100 KM away from their residences. Your Excellency, the right to decent burial Is well recognized in the Constitution of India as well as in the international humanitarian law.”

The dead bodies cannot be denied the right to burial under any circumstances including the so-called law and order problem. The bereaved families likewise also have a right to organize burial of the dead body in accordance with their religious practices. In previous few years such rights have been violated with impunity. In the present case these rights are being denied.

We would request Your Excellency to intervene in the matter and ensure that the dead bodies are returned to their families so that they can perform their last rites in accordance with their respective religious practices.

The matter is of grave concern and calls for an urgent action,” the letter added. —(KNO) 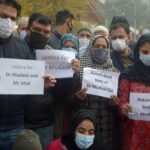 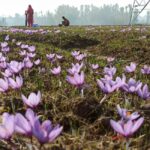