Srinagar, Nov 19: Amid immense pressure from various quarters, the bodies of building owner Altaf Ahmed Bhat of Barzulla and Dr Mudasir Gul of Rawalpora area of Srinagar were exhumed after two days from a graveyard in Handwara area of northern district of Kupwara for handing them over to their families for last rites on Thursday late evening.

Official sources told news agency—Kashmir News Observer (KNO) that after hectic deliberations and the resentment shown by families of slain, general public, mainstream leaders and civil society, the LG Manoj Sinha led administration directed police to exhume the bodies of Altaf and Dr Mudasir, who were killed in Hyderpora encounter on Monday.

“In presence of the police and other officials from the administration, the bodies of Altaf and Dr Mudasir were exhumed from a graveyard at Handwara amid tight security cover,” an official privy to the development told KNO. “The exhumation took place silently in presence of a limited number of police and civil administration officials.” The exhumation, he said, took place at 5:30 pm after which bodies of slain were shifted to Srinagar.

The two families, who were in shock and grief since Monday evening, once again mourned the killing of Altaf and Dr Mudasir when their bodies reached their respected homes in Srinagar. A pall of gloom descended on the families afresh with children of Altaf crying in pain and grief after seeing their father one last time. Similar scenes were witnessed at the house of Dr Mudasir when his wife saw her husband for the last time. Witnesses said that none could control their emotions, when Dr Mudasir’s wife tried to show her one-year-old Inaya the face of her father. “Every eye was filled with tears, all broke down,” a local present on the occasion, said.

Sources said that Altaf was laid to rest at a local graveyard in old-Barzulla while Dr Mudasir was buried at a graveyard in Pir Bagh area of Srinagar outskirts. Pertinently, the exhumation came after LG Manoj Siha ordered a magisterial probe into the Hyderpora encounter and when mainstream leaders including former J&K Chief Minister Omar Abdullah along withal party leaders hit roads to press for return of bodies of slain in Hyderpora gunfight to their families. —(KNO) 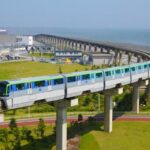 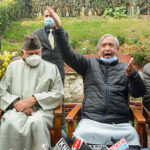