Srinagar, Oct 8: The Peoples Alliance for Gupkar Declaration (PAGD) on Friday said the current situation prevailing in Jammu & Kashmir is the result of the failure of the policies of the government.

“Whether it was demonetization or removal of Article 370, these decisions were sold to the country as a solution to the problems of militancy and alienation in Kashmir. Today it has been shown that without any doubt that neither demonetization nor the removal of Article 370 have contributed to improving the security situation in J&K,” the conglomerate of mainstream political parties said in a statement issued after the meeting today.

The amalgam said “some recent decisions of the Jammu & Kashmir administration have only served to heighten differences between the communities that otherwise were living peacefully amongst each other”.

“The onus to create a conducive security environment lies with the Government of India, however, we as responsible political parties of Jammu & Kashmir will play our role to the best of our ability to reduce the levels of suspicion and fear,” the PAGD said.

It further said that “while it is true that the majority of the civilian deaths in Kashmir have been Muslims, it does not absolve us of our responsibility to do everything in our power to help those who belong to religious minorities feel secure and we appeal to those who may be considering fleeing the Valley to reconsider their decision”.

The PAGD further said “arbitrary detentions and excessive use of force continue to be the norm in Jammu and Kashmir”.

“The killing of Yasir Ali yesterday evening is the direct result of the heightened state of alert and justification for use of force. Harassment of innocent civilians and the killings like Yasir Ali will only serve to worsen the situation in Jammu & Kashmir,” it said, adding that the administration must do everything possible to ensure that shoot at sight policy is not adopted by the security forces.

The PAGD also condemned the recent killings of innocent people in the Valley.

“These killings have created a climate of fear that has not been seen in Kashmir since the early 90s,” the statement reads.

The statement was issued after a meeting of PAGD was convened today at the residence of Dr. Farooq Abdullah to take stock of the current situation prevailing in Jammu & Kashmir. It was attended by Mehbooba Mufti, Mohammad Yousuf Tarigami and Justice (Retd) Hasnain Masoodi. 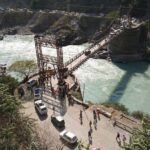 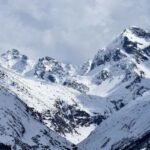