“During the drive, operations of Twenty Six Sale Establishments were disallowed u/s 22 (d) of Drugs & Cosmetics Act, 1940 on spot which included six in Jammu, four in Doda, three each in R.S Pura ,Ramban and Rajouri , two each in Samba, Kishtwar and Kathua Districts and one in Poonch District for violation of conditions of the licenses. The Licenses were warned of severe action in case the deficiencies are not removed within the stipulated period of time” a handout issued by the Organisation stated.

Statutory samples of more than one hundred fifty drug formulations viz Antibiotics, PPI, Steroid, NSAIDs etc, were lifted from public institutions & private firms particularly situated in far flung areas and government institutions for determination of strength and purity. These samples were referred to Drug Testing Laboratories located within & outside the U.T of J&K for framing legal opinion to ascertain their quality parameters.

Moreover, the Department has broadened its scope in the other fields and initiated a special exercise wherein statutory samples of cosmetics and medical devices were also lifted and have been dispatched to the notified laboratories outside the U.T of J&K to ensure their quality parameters.

Meanwhile, a court case that was under trial before the Court of CJM, Reasi has been decided by the Court and the accused was fined a sum of Rs 10,000 and imprisonment till rising of Court.
The State Drug Controller has impressed upon the trade fraternity to follow the conditions of licenses in letter and spirit failing which the department shall be constrained to initiate action against the defaulters. 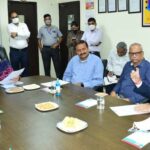 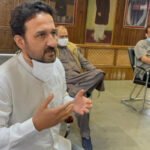