Srinagar, Oct 16: In a decision that is likely to arrest the decline of the exports of Handicraft and Handloom goods from Kashmir, the Government today announced the operational guidelines to avail the export subsidy after the same was cleared by Administrative Council recently.

The main objective of the export subsidy is to provide promotional measures to boost the Handicrafts & Handloom exports from J&K, an official from Handicrafts Department told Ziraat Times.

Under the scheme, an incentive of 10% of the total volume of Handicraft/Handloom products exported to any country with maximum reimbursement of 5crore (whichever is lesser) will be provided to the eligible exporters who are registered with the Handicrafts & Handloom Department.

The export subsidy shall be applicable for GI products that will be certified by the quality control wing/ testing lab of the Handicrafts Department and shall not be entitled on machine made stuff.

Terming the development as positive, Director Handicrafts & Handloom Kashmir Mahmood Ahmad Shah asserted that this step will definitely help in restoring the quantum of exports of the Handicraft items that we used to export from this place and was a long pending demand from the Kashmir based exporters.

The subsidy shall be availed on the Handicraft exports whose origin is from J&K. In case the origin of exports is outside J&K, it shall have to be accompanied by e-way bill.

This all comes under the recently announced major developments where under various schemes such as Kharandar scheme, financial assistance to the Handicrafts & Handloom Cooperative societies and enhancing the limit under the Artisan Credit Card scheme were announced by the Government.

It is believed that all these steps will strengthen the Handicraft & Handloom eco system of the UT and will give boost to the ground level artisan. 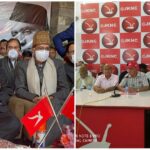 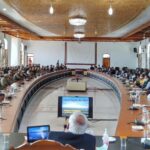