A large number of people including BDCs and other grass root level PRI functionaries participated actively in these Training programmes.

A One day orientation and capacity building programme on Forest Rights Act, 2006 was organized at Town Hall Tangmarg by Spl. Forest Division Tangmarg. During the programme Dr. Arvind Jha, IFS (Retd) spoke about FRA Implementation in J&K and interacted with stakeholders on the implementations of FRA 2006.

He also gave a power point presentation and addressed the queries of the stakeholders. The officials of Rural Development, Revenue, Forest and FRC members participated actively in the event. A ceremonial plantation under Green J&K Drive was also conducted on this occasion.

2nd one day sensitization and capacity building programme was organized at Town Hall Ganderbal by Sindh Forest Division, Ganderbal. The programme was attended by DDC members, BDCs, chairpersons of FRCs, representatives of Department of Forest, Rural Development & Revenue Department. Dr. Arvind Jha initially gave a detailed presentation on the FRA 2006 and its applicability at various levels. He explained the role of Gram Sabha in chalking out the eligibility of the prospective claimants and various provisions of the Act and rules made there under.

He requested the stakeholders for exercising of due care and wisdom during the verification of claims duly emphasizing the sustainability aspect of Forest Rights as well as that of forestry resources. Among others the programme was also attended by ACR Ganderbal, DFO Ganderbal, Range Officer Sindh and Manasbal.

A 3rd sensitization and capacity building programme on Implementation of Forest rights ACT 2006 was organised at Dak Bunglaw Anantnag on 13th October 2021 by Anantnag Forest Division the programme was attended by SDMs, BDOs, Range Officers, other officials of Forest Department, members of BDCs, chairpersons of FRCs. Dr Arvind Jha IFS, (Retd) gave a detailed presentation on FRA. Which was followed by a brief question answer session in which members and representatives of various Departments raised queries and questions pertaining to implementation of the Act.

The week long orientation and capacity building programmes held at three different districts of Kashmir region were attended by large number of official and non official functionaries. The participants have hailed the efforts of the Forest Department particularly the District level awareness programme on FRA conducted by the department for better understanding and effective implementation of the Act on ground. 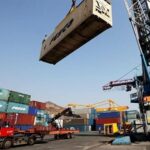 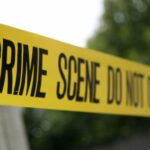