Srinagar, 7 Sept: The Jammu and Kashmir National Conference on Tuesday paid glowing tributes to Sher-e-Kashmir Sheikh Muhammad Abdullah on his 39th death anniversary and termed him a ‘man of iron-determination.’

While paying rich tributes to Sher-e-Kashmir, Party rank and file called him father figure and political colossus, who helped change Jammu and Kashmir, and Ladakh from a feudal and colonial society to a free, democratic and secular one.

An inspiring political pageant, the functionaries said that throughout his chequered political career, Sher-e-Kashmir symbolized the aspirations of the Kashmiri people as no single individual could have even dreamt of doing. “Although rooted in Kashmir, he had attained a national standing with his name becoming synonymous in the minds of countrymen with the socialism, humanism, pluralism, and democracy,” they said.

His political direction to the state in the shape of Naya Kashmir manifesto had an unmistakably socialistic stamp that guaranteed freedom of press, freedom of assembly and meetings. The programme ensured equality of opportunity irrespective of birth and parentage, the leaders said. The vision of Sher-e–Kashmir, the functionaries held espoused to provide a reasonable standard of living for all people in the state irrespective of their caste, creed, religion and region. The basic agricultural and economic plan would be abolition of landlordism, land to tiller and people’s control over the resources of the state.

“The spirit of secularism and tolerance possessed by Sher-e-Kashmir was the cumulative effect of the environment which generation after generation has fine-tuned the psyche of Kashmiris, Sher-e-Kashmir was not any different, he also exhibited the spirit of tolerance, mutual respect and camaraderie towards all sects and creeds. He all his life made earnest efforts to strengthen it; his political struggle for the restoration of people’s rights wasn’t exclusive, on the contrary it was inclusive. A mass movement organizer, Sheikh Sahib’s struggle was never aimed to alleviate the suffering of particular followers of a faith,” they said.

“He worked tirelessly, suffered incarcerations throughout for the total redemption of the entire human kind living in Jammu and Kashmir from abject poverty. He gave a new lease of life to the fear paralyzed people of all the regions of J&K; he not only restored the lost identity of the people of the state but also ensured its protection through various agreements with the center. The first cabinet he headed was insightful of his secular temperament; people like GL Dogra, Sardar Budh Singh, Kushak Bakula, and DP Dhar were given important portfolios in the cabinet he headed. He didn’t let the communal frenzy of 1947 permeate into Kashmir; he educated his people about the merits of a progressive and a secular polity,” they added.

“He belonged to that glorious tribe of great men, who changed the course of history. He bequeathed people with equal rights irrespective of their regional and religious affiliations. A true democratic, he ushered in grass roots level democracy in J&k much before it was even thought of in other parts of the country. His land to tiller reforms, single line administration, abolition of big landed estates, abolition of debts, universal adult franchise, gender neutral education helped the subjugated, underprivileged and wretched. The sleuth of people-friendly measures undertaken by him provided succor to the people living in all regions of J&k, not just Kashmir. He continued to clutch on the principles of secularism regardless of his sufferings at the hands of those at the helm of affairs in New Delhi.” the functionaries maintained. 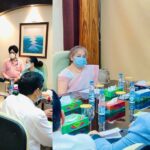 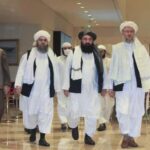