The announcement was made by Taliban spokesperson Zabiullah Mujahid in a press conference in Kabul on Tuesday evening.

As of now, it is not clear if a Finance Minister and Agriculture Minister has been announced.

Amir Mutaqqi has been appointed minister of foreign affairs with Sher Abbas Stanikzai as his deputy. At the same time, Sirajuddin Haqqani is the new minister of interior and Mullah Yaqoob the new defence minister. 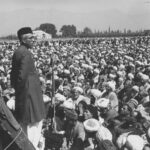 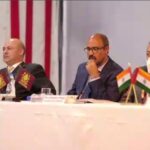