Calling the new set of rules with regards to JK employees an upfront against the rights and privileges of employees, Party’s Spokesperson Imran Nabi Dar in a statement said that the new government order is yet another set of arbitrary decisions that undermine the perception of natural justice, and basic human rights.

The new set of rules, Imran also stated, infringes the fundamental rights of employees, who as per the new rules are liable to punishment if they fail to report their relative’s offenses, if any. Demanding the roll-back of the latest rules, he said the order should be rolled-back in wake of the unwholesome consequences it will have on the work culture in government departments.

CPI (M) leader Mohammad Yousuf Tarigami said that the latest orders of the Jammu and Kashmir administration that employee’s alleged involvement in militancy, subversion will lead to his termination and no passport will be given to employees till they get vigilance clearance are another set of arbitrary decisions, which needs to be reconsidered.

“A Government employee is a tool to implement policies of the government. If the same employee is made a suspect by doubting him and putting him in the basket of suspicion repeatedly, it will adversely affect his working and in turn affect overall functioning of the government,” the statement said.

“The authoritarian orders issued by the administration are against the interests of the people of all the regions and communities. Instead of issuing such orders, the government must ensure that the rights of the people and their livelihood are protected,” CPI (M) added.

Peoples Conference termed the recently-issued government directive pertaining to the character verification and antecedents of its employees ‘yet another diktat aimed at trampling upon the democratic rights of the people and denying them and throwing the constitutional safeguards to the wind.’

PC spokesperson Adnan Ashraf Mir in a statement said that the circular issued on September 16, this year, is nasty and objectionable, issued in a mad rush to hound the employee fraternity of Jammu and Kashmir. In a legal jurisprudence, said the spokesperson, a person is liable and responsible only for his own sins and actions.

“One cannot be held responsible for someone else’s actions unless he is complicit, conniving or conspiring with him.  Government Order No. 957 dated 16:09:2021 is a flagrant infringement of Fundamental Rights of citizens and a violation of Right to Freedom guaranteed by Article 20 of the Indian Constitution. One can understand a person’s involvement in an illegal act or his association or sympathy with persons aiding and abetting commission of any illegal act but how can the Government justify clause (iii), (iv) and (v) which make a person liable for any act committed by his relative or acquaintance even though he might not be knowing what his relative is doing. How can his character come under blemish if one of his relatives or acquaintances do not posses acceptable behaviour or character?,” Mir asked. 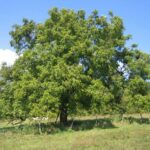 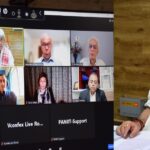