The FCIK president Shahid Kamili informed the Minister about the withdrawal of all concessions to the Kashmir industry; which was already dire straits due to the situation over the years followed by the severe blow due to Covid lockdown.

The FCIK President apprised the Minister that allowing of local purchases from Government Gem portal in J&K as last nail in the coffin of ailing industry in J&K.

Mr Kamili informed the Union Minister that in absence of the incentives, the cost of input of raw material has increased multifold with the result the cost of production has hiked up beyond selling price of other states.

The industry is facing open competition with the rest of country whose working conditions, working hours are much better, availability of cheap raw material and business ecosystem is favourable,” Kamili informed the Minister.

FCIK President sought interest subvention to the tune of 5% for five years on accounts as Kashmir valley has faced the financial burden as the accounts have been restructured five times since 2014 floods., 2016 unrest ,2019 lock down followed by deadly covid in 2020 , which still continues.

He also raised the issue of collateral valuation not be accepted below Govt circle rates & its valuation as is done by high level committee headed by respective Deputy Commissioners and land lock property, agriculture land should also qualify as mortgage.

President Kamili also sought intervention of the Minister in implementation of Credit Guarantee Scheme in letter and spirit and not demanding any collateral security as defined under the scheme.

While projecting the dismissal picture of industry in Kashmir, the FCIK President demanded the banks should defer the ratings of accounts for 2 years as there has been multiple restructuring of accounts.

Raising the plight of Kashmir industries with Minister, FCIK President sought an immediate bailout package to revive this sector which is facing problems due to host of reasons since last three years.

Union Minister assured him of taking up grievances with the relevant quarters and said that Government is committed for the revival of the industry in J&K. 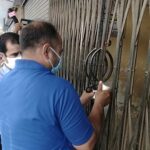 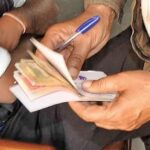