New Delhi: Union Agriculture Minister Narendra Singh Tomar on Thursday reiterated that the Centre will not repeal the three farm laws and said the government is ready to hold talks with the farmers to discuss other options.

He also urged the farmers to end their protest and come forward for negotiations.

The government and unions have held 11 rounds of talks, the last being on January 22, to break the deadlock and end the farmers’ protest. Talks have not resumed following widespread violence during a tractor rally by protesting farmers on January 26.

“I want to appeal to protesting farmers to end their protest and to hold talks with us. The government is ready for discussions,” Tomar said.

The union minister further said that the Agricultural Produce Market Committee (APMC) will be strengthened and efforts will be made to provide more resources to the APMCs.

“Rs 1 lakh crore allocated under Atmanirbhar Bharat to Farmers Infrastructure Fund can be used by APMCs. APMCs will not be done away with. After the implementation of farm laws, APMCs will receive crores of rupees from the Centre’s Infrastructure fund, which will strengthen them and will be useful for more farmers,” Tomar added.

Last year, the Centre expressed its willingness for a wider role for APMCs as well as considered tax parity between APMCs and private mandis. 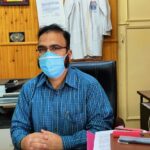 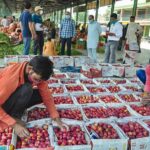