New Delhi: The union cabinet today approved a host of changes into the Rs one trillion Agriculture Infrastructure Fund (AIF), including bringing Agriculture Produce Market Committees (APMCs) or regulated mandis within its ambit, a move which the government showcased as its commitment to keep them functioning.

One key apprehension of the protesting farmers against the three reform acts brought last year has been that once the laws come into effect, the mandis will be dismantled, as lured by low taxes, trading will shift outside their ambit.
Apart from APMCs, the revised guidelines have also made state level agencies and cooperatives, eligible to get loans upto Rs 2 crore to build farm gate storage infrastructure and processing facilities at interest subvention of 3 per cent.
The loans have a moratorium on repayment that will vary from six months to two years.
Farm storage and processing infrastructure such as silos, packing units, assaying units etc. can be taken up under the scheme.
So far, UP, Rajasthan and Maharashtra are the top three states on tentative allocation of the Rs 100,000 crore Fund.
The decision to include APMCs into the fold of AIF was announced in the FY-22 Union Budget by Finance Minister Nirmala Sitharaman.
Today the Cabinet gave its formal approval to the same along with incorporating some other key changes.
“Today’s decision of the Union Cabinet is once a reiteration of the Centre’s commitment to not only ensure that APMCs are not only run but they are strengthened as well. Contrary to what has been said,” Agriculture Minister Narendra Singh Tomar told reporters after the meeting of the cabinet.
Among the other changes, the period of financial facility under AIF has been extended from 4 to 6 years upto 2025-26 and overall period of the scheme has been extended from 10 to 13 years upto 2032-33.
So, far under AIF, interest subvention under AIF is provided only for loan taken for project in one location, however, henceforth, if an eligible entity puts up projects in different locations then all such projects will now become eligible for interest subvention for loan upto Rs 2 crore.
For the private sector, there will be a limit of 25 projects but the same limit won’t be applicable for state agencies, national and state federations of cooperatives, FPOs and SHGs.
“For APMCs, interest subvention for a loan upto Rs. 2 crores will be provided for each project of different infrastructure types e.g. cold storage, sorting, grading and assaying units, silos, et within the same market yard,” the revised guidelines said. 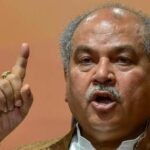 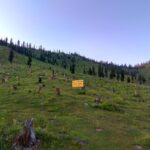