About three months back, a whistleblower said that executives working in the company’s purchasing department took money from certain suppliers to allow them to sell auto parts to MSIL at prices higher than the market prices, they said.

The company began its investigation then. It has appointed KPMG to conduct a forensic investigation into this matter. If required, MSIL will take action against the executives after the probe reports are submitted, said sources.

The company’s total expenditure in FY22 was Rs 85,539 crore and about 46 per cent of it was spent on purchasing raw material inventory.

In FY22, MSIL sourced 93 per cent of its auto parts domestically. Only about seven per cent of parts were sourced from outside India. The company’s supply chain network consists of 465 Tier-1 suppliers, including 17 JV (joint venture) companies and over 1,750 Tier-2 suppliers.

“The company has a policy of prioritising local procurement in order to improve efficiency, mitigate environmental and safety impacts, and ensure business continuity. Around 95 per cent of Tier-1 suppliers are located in India and around 84 per cent of supplier plants in the country are within 100 km of the company’s manufacturing facilities,” said MSIL’s annual report for FY22.

“MSIL is fully committed to practicing sound corporate governance and upholding the highest business standards in conducting business. Being a value-driven organisation, the company has always worked towards building trust with shareholders, employees, customers, suppliers and other stakeholders based on the principles of good corporate governance, viz., integrity, equity, transparency, fairness, disclosure, accountability and commitment to values,” said the FY22 annual report. 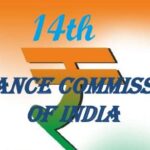 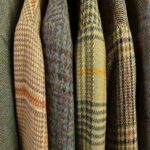