Srinagar, Nov 19: J&K’s Lieutenant Governor Manoj Sinha on Thursday said that common masses and poor people wouldn’t be touched during the ongoing drive launched by his administration to retrieve state land from encroachers.

Talking to reporters, as per news agency—Kashmir News Observer (KNO), Sinha said common masses and poor people wouldn’t be touched during the ongoing drive against land encroachers in Jammu & Kashmir.

“Common man and poor people wouldn’t be touched by the administration. The government is concerned to safeguard the interests of poor people,” he said.

He said that the influential people misused their positions and encroached on state land in violation of the laws.

Sinha said there were directions from the High Court to retrieve state land from encroachers.

On January 9, the J&K government directed all deputy commissioners to ensure 100% removal of encroachments from State land by January 31, 2023.

To a question about holding assembly polls in Jammu & Kashmir, Sinha said the Election Commission of India has made a statement on the issue.

On Wednesday, Chief Election Commissioner said that polls in Jammu and Kashmir are due and would be held after taking into account weather conditions, security scenario and other factors into consideration. —(KNO) 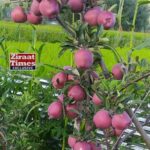