The meeting discussed Tariff Revision by JERC in detail and queries raised regarding latest amendments in tariff were also discussed. Pertinently, FCIK had recently expressed its unhappiness about the tariff revision and its impact on Kashmir’s industries.

The FCIK members were apprised of the fact that the tariff revision has come after a period of more than 6 years and it was revised by the Joint Electricity Regulatory Commission (JERC). The members of the FCIK were made aware of the fact that no changes can be made in revised tariff order, wherein the LT industries are mandated to install meters that can read KVAH readings too, an official statement received by Ziraat Times said.

During the course of discussion, FCIK requested the top officials of KPDCL to look into their problems, wherein MD, KPDCL assured them that necessary action on replacing the damaged meters, that have developed technical snag due to the fault on 11KV Line of Bagh Ali Mardan Khan Industrial Estate shall be done out of their own.

He said KPDCL will take up maintenance of the transformers and relieve SICOP/SIDCO/I&C from this burden besides, KPDCL will also ensure uninterrupted power supply to organized industrial sector and clusters.

The MD said that KPDCL will take stock of the progress of project being executed and assured FCIK, that Power supply to new units in Khunmoh/Wuyan will be made available within one month. 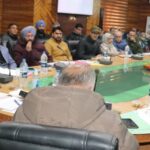 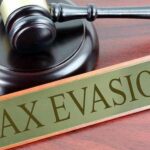