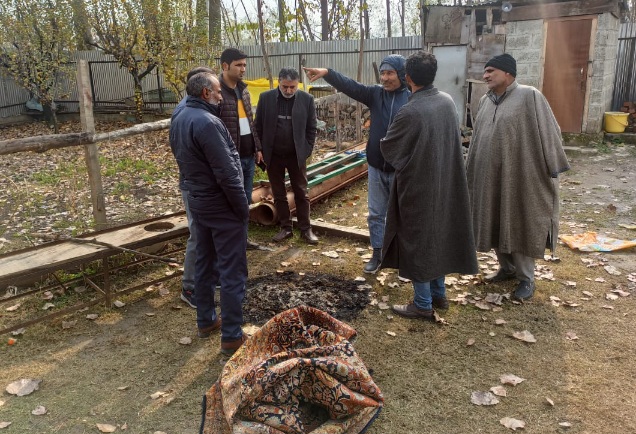 Srinagar, Nov 20: Taking cognizance of the viral video circulating on social media wherein a carpet weaver namely Mohammad Maqbool Dar from Ashtangoo, Bandipora was found burning a carpet, the Department of  Handicrafts and Handloom Department deputed a team early Sunday, which included  representatives  from J&K Kashmir Arts Emporium,  to ascertain  the factual position and to effect purchase to relieve the distress of the artisan .

An official of the Department told Ziraat Times that on inspection  it was found by the team that there was absolutely no inventory of carpets with the concerned person which could have been purchased by J&K Arts Emporium as per their purchase policy.

“It was also noticed by the team that the carpet which was shown being burnt in the video , had already been damaged in the alleged fire incident in Jan 2022 and was not a fresh carpet, as claimed by him in the video”, he said.

“During the inspection, it came to the fore that Department of Handicrafts and Handloom Kashmir through Indian Institute of Carpet Technology (IICT) has already extended necessary support to the Delight Industrial Cooperative being headed by Mr. Dar. The Institute has provided 5 Modern Carpet Looms, 10 sitting benches, working tools, 20 solar lanterns, silk yarn worth 3 lakhs along with computerized carpet designs, absolutely free of cost under a Centrally Sponsored Scheme, besides the person in question has also been paid an amount of Rs. 50,000, from time to time, by the IICT under the same scheme for monitoring/ supervising the work of Industrial Cooperative”, the official said.

Further, Directorate of Handicrafts and Handloom Kashmir have given the concerned artisan ample opportunities in various exhibitions conducted from time to time, he added.

As a matter of fact, the Department of Handicrafts and Handloom has taken many steps such as GI tagging of carpets, fixation of minimum support price for carpets, financial assistance to registered Industrial cooperatives, artisan credit cards. etc for the development of the sector and many more initiatives are in offering, he further said. 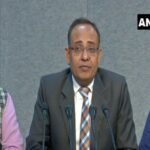 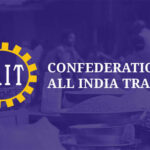