The Bank announced its financial numbers after its Board-of-Directors reviewed and approved the quarterly and half-yearly numbers during a meeting held here at Corporate Headquarters.
Performance Highlights

The Bank’s Net Interest Income (NII) is up 24% YoY at Rs 1204.12 Cr for the September quarter and 15% up at Rs 2238.35 Cr for the half year compared to corresponding periods of previous year, while the Operating Profit rose YoY by 56% and 29% for respective periods.

The Bank’s NIM has also improved to 4.04% against 3.51% recorded for the corresponding quarter last year, while as the Return on Assets has improved to 0.71% for the quarter and 0.62% for the HY. The Bank’s steadily moderating cost-to-income ratio has also come down to 64.19% for the Q2 from the above 70% levels recorded last year, according to a media statement issued today.

Commenting on the Bank’s healthy growth, MD & CEO Baldev Prakash said, “Along with markedly improved bottom-line, our Q2 numbers do reflect Bank’s ability to deliver on its commitments and to improve upon all its key financial indicators necessary to redirect its focus on realizing the short-term business goal of Rs 2.2 Lac Cr by the end of current fiscal.”

“While setting right tone for the future course of our action, I see these numbers heralding a new era of productivity and growth for the Bank and all its stakeholders”, he added.
Improved Asset-Quality

“With resolution process of NPAs gathering more steam post activation of the Bad Bank (NARCL) – our bank too has a significant share of above Rs 900 Cr in the NPA pie being assigned to NARCL in the first phase,” he added.
Business Growth

“Despite single-digit increase in overall loan-book, we have maintained about 10% growth in advances in J&K and 15% in Ladakh, which form the bulk of our business”, said MD & CEO while commenting on growth numbers, adding, “With improved operational parameters during the September quarter, I feel encouraged to believe that we will achieve our top-line growth numbers as envisaged in our business plan.” 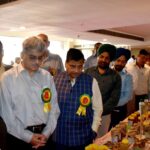 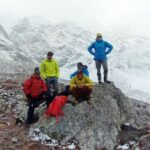