Srinagar, Oct 7: The Government Fee Fixation Committe (GFFC) has approved a hike in transportation fee by 14 percent for private schools in both Jammu and Kashmir divisions. The committee further said that the hike would have a retrospective effect and will be applicable from March 2022.

The committee, however, said some schools in urban areas are charging transport or bus Fee up to Rs 2,000 per month and in few cases above Rs.2,000.

“There is difference in the salary component of Drivers and Helpers of the schools located in
urban and rural areas,” it reads.

The committee further said that since majority of the items and expenses of transport are same and similar in almost all the schools, thus, they constitute one class.

“The FFRC after considering all the relevant aspects and after giving thoughtful consideration to the representations made and material provided by the stakeholders and in tune with statutory prescriptions has resolved that it would be appropriate to allow hike in Transport or Bus Fee in all the schools in the manner decided by the committee,” it reads.

The fee fixation committee further said that the transport or bus fee hike shall be applicable from March 2022 in both the zones viz; Winter Zone and Summer Zone, when the schools resumed physical class-work after lock-down.

It also said that the schools whose Transport or Bus Fee by the afore-stated hike crosses Rs.2,000 shall be entitled to charge and collect only Rs 2,000 and the aforementioned hike shall restrict the upper limits of bus fee hike to Rs.2,000. “All the schools shall faithfully and honestly follow the decision of the FFRC and implement the same in letter and spirit.”

The committee said that if any school management who in the peculiar circumstances of the school needs bus fee beyond Rs.2,000 shall have to submit its proposal to FFRC along-with relevant documents with proper justification, to enable it to take a decision thereon in accordance with law. 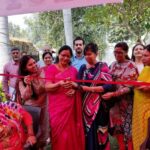 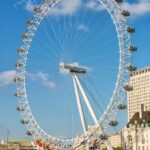