Srinagar, Oct 28: While as the Kashmir Power Distribution Corporation Limited (KPDCL) is yet to announce the power curtailment schedule officially , the consumers from different parts of the Valley are complaining of regular power cuts and low voltage. The residents of various parts of Kashmir sought LG Manoj Sinha’s immediate intervention stating that “we want to know why the Power Department has resorted to unscheduled morning and evening cuts despite LG’s assurances of providing uninterrupted power supply during winter.”

Power Department officials, on the other hand, maintain that the power cuts are happening because of overload and use of heating gadgets over and above the system capacity.

“The voltage loss and fall is a direct consequence of using heavy heating gadgets”, they maintain.

While such power cuts are rampant in rural and certain urban areas, in many urban areas of Srinagar and elsewhere there are no reports of power cuts as of now, even though voltage has gone down.

Talking to the news agency—Kashmir News Observer (KNO), the residents from different areas of Srinagar including Naseem Bagh, Malbagh, Habak, Kanipora, Zaffran Colony, Kangan Sub Division in Ganderbal and other areas said that the electricity plays hide and seek ahead of the winters while the low voltage has caused immense hardships to them.

“Although there has been no power curtailment schedule issued by the government as of now, one fails to understand why the concerned department has resorted to frequent power cuts,” Mubashir Ahmad, one of the consumers said.

He added that the upgradation of power infrastructure was giving high hopes to the people about uninterrupted power supply, but the department seems only focussed towards charging hefty sums as the monthly tariff while the mandatory supply like the past has gone for a toss yet again.

“We have been going through the statements of the administration about uninterrupted power supply for the last two years now, but it seems the power woes in Kashmir would continue to haunt the people always as the frequent power cuts continue to push the people to the wall,” another consumer from Zaffran Colony, Srinagar said. He said that during evening hours, there is a curtailment from 7 to 8 pm and then again from 9 to 10 pm. “Similar curtailment is being done during morning hours. It is either 8 am to 9 am or 10 am to 11 am. This is really strange. Winter is yet to start and there is no official announcement on power curtailment schedule. We fail to understand why such irritating power cuts take place,” said Adil Bashir, a consumer from Sonwar area of the city, adding that LG Manoj Sinha must intervene and seek a report on the issue as this all is happening despite his assurances and directions.

He further added that besides the frequent power cuts, the low voltage is further adding to their miseries. “The voltage in our locality remains too low nowadays. We don’t understand for what reasons, we are being supplied the electricity as it is of no use at all,” he said.

In a recent conversation with KNO, Chief Engineer, KPDCL, Javed Yousuf Dar, said that the fresh curtailment schedule to be announced after November 10, but claimed that the power cuts are the outcome of ongoing works like upgradation of transmission lines, branch cuttings and other things. —(KNO) 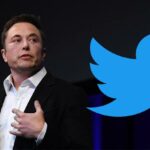 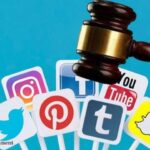